It is time to introduce Selma Aalachi, one of our two heads of the Event Committee! 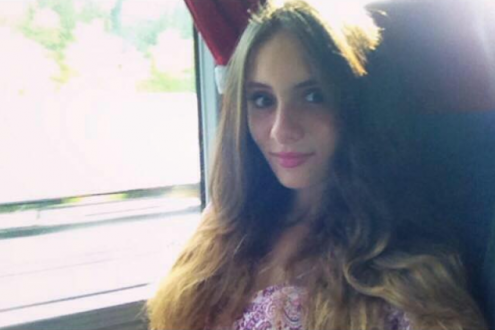 Why did you want to be head of the event committee?

Selma: Ever since I began my studies at the university I’ve wanted to become more engaged in the Society of International Affairs, and finally, I decided to take matters into my own hands! As Head of Event I’m able to combine my interest in foreign affairs with my love for organizing events and my (almost unhealthy but I’m working on it) need to have control. I believe that organizations like the Society of International Affairs are more needed now than ever. The ambition of the organization is to be a place where people from various courses, nationalities and interests can meet to broaden their knowledge about various international and global issues as well as other countries’ culture, population, religion and political systems. By being Head of Event I have not only gotten the opportunity to grow in my field of interest or to share a few interesting views and opinions, exchange experiences with like-minded people but also meet people from all over the world.

What are your three favourite topics in international affairs?

You recently came back from the UF trip to Skopje, Macedonia, a trip that you were part of arranging. What are your thoughts after the trip regarding the country, the politics etc?

We arranged the trip to Skopje, Macedonia — also known as FYROM, or the Former Yugoslav Republic of Macedonia — because I believe that we can learn a lot from this small Balkan state and its years of turmoil. For this time of political tensions, the focus for the trip – peace process and development – felt very assertive. When visiting different organizations and institutions in Skopje it felt as if they really wanted us to be there. They wanted us to know about the political situation in their country, what had led to it but also that among all the desperation there is hope. Even though the people in Macedonia have not had a functioning government, one part due to the fact that Macedonians and Albanians have not found peace and harmony with each other, there are people working with democratic governance and towards creating a more inclusive society. This was not only seen among the different NGO:s we visited, but also among the locals. As the daughter of a Bosnian mother, I was able to communicate with the people in Skopje in Bosnian. Despite everything, they don’t want segregation. They don’t want a civil war. Even though there are clashes between Macedonians and Albanians, there are also a lot of people who appreciate each others cultures and look more to what they have in common than to what distinguishes them. I am grateful for instilling in me more of an insight into how political tension is rooted deep within the identities of the people, as ethnicity, in addition to ideology, divides parties. Macedonians and Albanians have not found peace and harmony with each other but my hope is that they can peacefully establish a government and will find a way to live in harmony.

If this was your last day on earth, how would you spend it?

With only a small handful of hours to go, there really isn’t a lot one can do. My adventurous side would say that I’d finally go skydiving or bungee jumping – but instead of doing that I’d give all my money away to someone who really needs it. I’d spend my last day on earth with the people that mean something special to me. I’d write letters to them in order to let them know what makes them special and how important they are. I believe that there is only one thing more precious than our time and that’s who we spend it on.

What are your plans for the summer?

My plan is to fast during Ramadan, the holy month in Islam, which means that I probably won’t travel anywhere during June. Instead my focus will be on spiritual cleansing, life reflection and self-improvement. But for the rest of the summer my plan is to travel across Bosnia and explore more of this country. I’m actually thinking of traveling alone. One reason is because I am a little bit of an introvert person and I think it’s very healthy to spend time alone. But it is also because I want to disprove the common belief that women shouldn’t travel alone. Often, as a woman, you are raised with the fear that if you go somewhere something bad will happen to you –so it’s better to stay at home. And yes it’s true that something might happen to you, but I believe that as a woman you are vulnerable to this wherever you are. I think women think if they go out and do something by themselves they’ll be changed in some way. I trust myself enough to make smart decisions. I don’t walk around alone at night. I research the dangerous parts of a city and the safe parts. I always make sure someone knows where I am. You need to know how to be alone and not be defined by another person. As a woman I believe that, in comparison to men, we need to travel smart – not that we shouldn’t travel.

Utblick is a student magazine under the umbrella of the Society of International Affairs in Gothenburg (Utrikespolitiska Föreningen), but we write for everyone, in and beyond Gothenburg, who are interested in international politics. The… END_OF_DOCUMENT_TOKEN_TO_BE_REPLACED

The Global Inn Radio/Radio Utblick is a program focusing on the issues of today’s society through a global perspective. Each program involves explaining, discussing and debating, along with experts. They broadcast on K103 Göteborgs… END_OF_DOCUMENT_TOKEN_TO_BE_REPLACED