Next up in our board interview series is Dijana Mujdzic, Vice President of the Society of International Affairs. 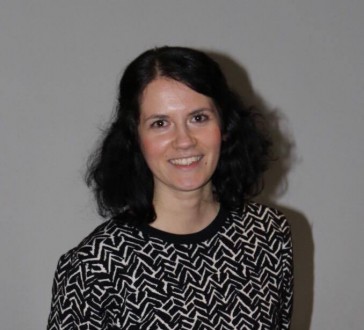 How come you wanted to be Vice President of the association?

Dijana: After spending nearly two years within the organization, both as an active member and as Head of the Lecture Committee, I have grown fond of UF and was not ready to let go. Applying for the position as VP would give me the possibility to share my knowledge with the new board members and at the same time develop the organization as a whole. It’s a win-win situation!

What do you think is the most important political event this year?

Well, I do not know if I would say that it is the most important one, but it is surely the most provoking one. I’m thinking of the presidential election in the US where Mr. Donald Trump was elected. Although this happened last year I would still count it as one of the most provoking political events so far.

Tell us about an international issue that provokes you.

The still ongoing Israeli-Palestine conflict. A sad and burdening situation that is a proof of how different political and economic interests can and are deciding over peoples lives and homes. This conflict will haunt the international political scene as long as we live. The two-state solution is, with Trump in power, unfortunately not coming any time soon.

Only one? I think I have at least two. But it’s up to others to decide how they interpret me. For me it will always be Dijana, simple as that.

Today is February 28, Fettisdagen. If you could eat only one dessert everyday for the rest of your life, what would it be?

Basically, everything that contains chocolate will do just fine.

Utblick is a student magazine under the umbrella of the Society of International Affairs in Gothenburg (Utrikespolitiska Föreningen), but we write for everyone, in and beyond Gothenburg, who are interested in international politics. The… END_OF_DOCUMENT_TOKEN_TO_BE_REPLACED

The Global Inn Radio/Radio Utblick is a program focusing on the issues of today’s society through a global perspective. Each program involves explaining, discussing and debating, along with experts. They broadcast on K103 Göteborgs… END_OF_DOCUMENT_TOKEN_TO_BE_REPLACED