Meet Gustav Nyqvist, Head of Radio Utblick, who has a busy schedule for International Women’s Day! 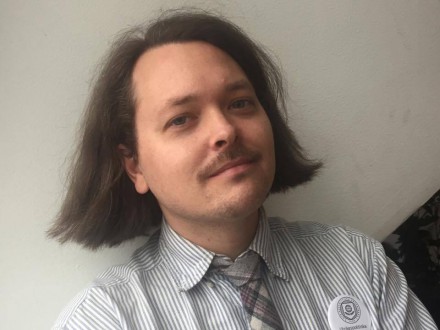 How come you wanted to be head of Radio utblick?

Gustav: I have just ended a very short career at Sveriges Radio P3 where I for 4 months produced a music show. But the show was canceled and I felt I was not done with radio. And as an aspiring talk radio producer I saw UF was looking for a radio producer for the podcast Utblick. I’ve been a member of UF for many years. I am also supposed to be writing my bachelor in International Relations and I felt I had to pump up the motivation somewhat since its been a couple of years since I last studied. Does not look good though. But basically UF is a great place to be if you are into politics and such.

What international issue would you like people to pay more attention to?

Europe! Especially European citizens need to pay more attention because they might find themselves in a very different Europe in a not so distant future. 15 years ago I was very optimistic and despite immense events like 9-11, I still thought that Europe would come out as the strongest voice for human rights by example and voice. We are seeing the exact opposite. My back then, worst case scenario, I thought only a cynic could expect. It has since been totally Trumped.

If you could go back in time and change one thing in history, what would it be?

Probably accepting Hitlers application to art school would have spared countless lives and allowed Europe to heal after the tragedy of World War 1. Problems are more than often beyond the scope of one event or one person. But yeah, probably removing Hitler from the equation would be a good idea.

What are your plans for International Women’s Day?

Well, I’m interviewing Margot Wallström about the European elections. Then I’m attending her lecture at UF on what is the scope of security. Later in the afternoon I’m marching for equality and women’s safe from harm. And for this evening I’m going to my friends feminist nightclub Klubb 8 to have a few beers.

Tell us about a woman you admire

My grandmother on my fathers side was a very special person. Born on a small farm in Härjedalen, in the northern parts of Sweden, she besides my father, had also a daughter with impaired hearing, deaf more or less. In the 1950’s Sweden, children like that were taken away from their families and were institutionalized because the authorities didn’t qualify families to care for children that were not “able bodied” like everyone else. She fought and at the same time took care of many children in harm’s way, left on their own, like a foster parent in the family home. To me she was an immensely strong minded woman and a real social activist of her time. And she really taught me to speak up against injustice.

Utblick is a student magazine under the umbrella of the Society of International Affairs in Gothenburg (Utrikespolitiska Föreningen), but we write for everyone, in and beyond Gothenburg, who are interested in international politics. The… END_OF_DOCUMENT_TOKEN_TO_BE_REPLACED

The Global Inn Radio/Radio Utblick is a program focusing on the issues of today’s society through a global perspective. Each program involves explaining, discussing and debating, along with experts. They broadcast on K103 Göteborgs… END_OF_DOCUMENT_TOKEN_TO_BE_REPLACED